Is unbelief the same as doubt? This is the question Rachelle Luk addresses in her debut single, “Unbelief,” produced by Steve Lensink and Drew Brown. Luk is an award-winning singer-songwriter and worship leader in the Greater Toronto Area.

Although the intelligent pop song is the happiest piece of music she has ever written, it’s a song drawn from a much darker season in Luk’s life. After experiencing deep and prolonged disappointment, she realized that though she still fervently believed God was loving, good and had a beautiful purpose for her life, she had stopped actually living like she believed it. She hadn’t lost her faith, but had to admit that she was settling for much less than God had planned for her.

The lyrics for this exploration into faith and doubt were inspired by the story in Mark 9, when Jesus heals a demon-possessed boy. In verse 24 the boy’s father exclaims, “I do believe, but help me with my unbelief!”

Luk says it’s all too common for us to believe God can do great things for everyone else, but not be too sure He’s that powerful in our own lives. 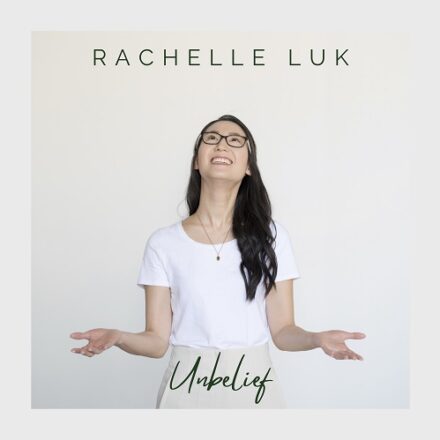