Hailing from Canada, Love & The Outcome is the husband and wife duo of singer/songwriter Jodi King and bass player/songwriter Chris Rademaker. After signing to Curb | Word Entertainment in 2012, they retreated to the mountains of Washington state to record their powerful self-titled debut album. Love & The Outcome released on August 27, 2013 to critical acclaim, and the duo has since become a mainstay at Christian radio and shared the stage with the likes of Newsboys, Switchfoot, Lecrae, TobyMac, and more. Their highly-anticipated sophomore album took the duo into a grateful, restful and celebratory season with songs that encompassed a unique mix of worship, praise and declaration. These Are The Days, produced by Seth Mosley and Colin Munroe, includes the hit single, “The God I Know.” Released in late 2018, the deluxe version of the album includes features from hip-hop artists Ty Brasel and Steven Malcolm, new covers, and more. Love & The Outcome released their new EP, You Got This, on March 6, 2020. 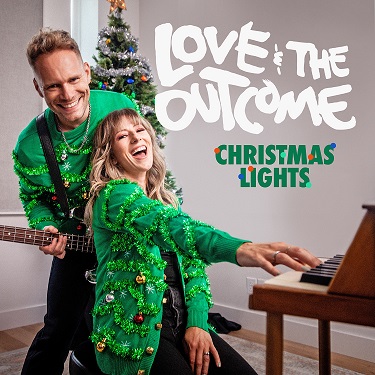