Tragedy struck and he was given a tune.  Jamie Hiscox is a singer/songwriter from Ontario Canada that began to write from the heart 13 years ago after his brother was killed suddenly in a motorcycle accident.  The songs that he pens are reaching people right where they are and impacting people for a lifetime.  Jamie Hiscox continues to write music that keeps people guessing what is coming next and confirms that his music cannot be put into a box.  The music is speaking to people from all walks of life and all genres of taste. Acoustically driven with tones of electric guitar sustain- Jamie’s voice rides on wings like eagles above the song.  His songs speak of the mountains and the valley’s – always  discussing both sides of the coin and singing from the heart.

Hiscox released his first album in 2010 called “Life’s Seasons” and is available for sale on his website and all music media platforms.  After “Life’s Seasons” he started a band called “Shiloh Nauvoo” and together they released “Out of the Black” (2014-available on all music media platforms).  Jamie is currently writing and recording for his upcoming E.P and the first single “On the Water” was released Oct 2021 and has been impacting and reaching people all over the world.

His un-canny ability to write from the heart, backed with acoustic driven rhythms and echoed by timely electric guitar waves have made his newest music the biggest wave of his career.  His music is simply a prayer, a conversation or a cry to His Father above 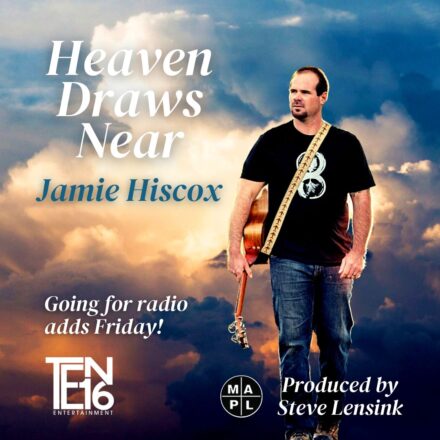