To call Aaron Bucks’ sound “unique” would be a vast understatement. The singer-songwriter’s acoustic guitar-driven soul-pop is infused with island vibes(resulting from extended time spent in the country of Trinidad Tobago), resulting in something not quite as pop as Jason Mraz but not quite as folk as Jack Johnson. A native of Vancouver, British Columbia, currently residing in Nashville, Tennessee, Aaron has established a reputation for himself with two singles charting on Billboard and performances at notable venues like the legendary Bluebird Café and festivals, such as Atlanta Fest (Georgia) and Creation Fest (Washington.)

Aaron’s latest album, California: Deluxe, and is the fourth in a series of projects under the “California” name (California: Vol 1, California: Vol 2 and California: Vol 3.) The newest album is made up of both new tracks and extended and radio edits of two previously released songs: “California” and “I Got You.” The album was produced and co-written by Grammy-nominee Ian Eskelin, Billboard-charting Christian artist Chris August and Citizen Way lead singer Ben Calhoun. California: Deluxe is available on all major streaming services, including Spotify, Apple Music and Amazon Music. Physical copies are also available.

Aaron has already achieved commercial success with some of his songs. Both “California” and “I Got You” have landed on the Billboard Christian Airplay chart, and “California” can be heard in regular rotation on Kenny Chesney’s No Shoes Radio on Sirius XM.

Away from music, Aaron can be found spending time with his wife(Lindsey) and two children(Titus and Nora). He is an advocate for the Down Syndrome Association of Middle Tennessee (DSAMT) in memory of his youngest son Toby. 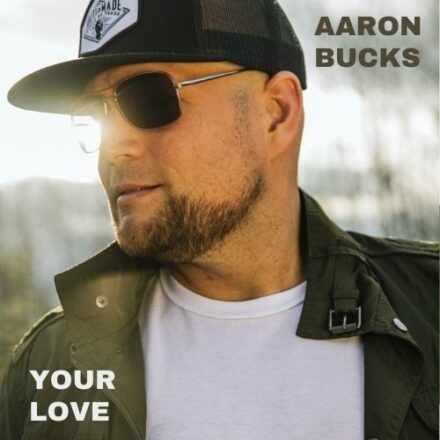